If You Still Believe You Have No Hand in Influencing Your Genes – it’s Time to Think Again! 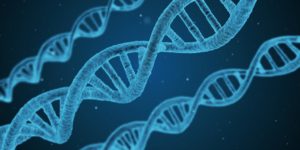 The latest genetic research seems to imply that, apart from a very small percentage of diseases, illness and especially self-healing, are not events that just happen without our collaboration. As much as this affirmation may sound offensive or simply ridiculous,  scientific research leaves very little room for doubt – concerning our state of health, we are not as powerless as we think!

The Human Genome Project (HGP) was the world’s most ambitious, international, collaborative, biological and scientific research project ever developed. Proposed and funded by the United States government, planning for the project started in 1984. The project commenced in 1990 and was declared complete in 2003.

The unified goal of the project was to determine the sequence of chemical base pairs base pairs that make up human DNA, identifying and mapping all of the genes of the human genome from both a physical and functional perspective. The purpose of the project was to provide scientific proof that sustained the one-gene, one-protein concept of genetic determinism while supporting the theory that the human genome contains a minimum of 120,000 genes located within the twenty-three pairs of human chromosomes.

Scientists, however, were in for a surprise because, despite the scientific and medical world’s expectations, the Human Genome Project revealed unexpected and disappointing evidence, invalidating scientific presumptions concerning both the number of genes in human cells and the actual location of a cell’s brain. So how many cells does the average human body have?

Unfortunately, cells at birth, are not issued with a birth certificate, so prior to the project, the general count was based upon scientific hypothesis, which over the past several centuries, has provided numbers that range from five billion to two hundred million trillion cells, while today, in the twenty-first century, the accepted number is approximately fifty trillion single cells.

During the project, scientists were unprepared for yet another surprise. Contrary to medical expectations, the human genome contains approximately 25,000 genes, which is far fewer than the 120,000 genes previously estimated. Genes, which are the DNA molecules found in the cell in a structure called the nucleus, were previously considered to be part of the command center or brain of each cell. Interestingly, recent studies have verified that, by removing the nucleus, rendering it devoid of any genes, the cell remains surprisingly unaffected, behaving and interacting as any normal, complete cell would do.

This raises revolutionary, ground-breaking questions that challenge mainstream science. Is the command center, or nucleus, actually the cell’s communicating intelligence (brain) as previously assumed? Logic leads us to determine that an organism deprived of its supposed brain is destined to expire; whereas, the result of the experiment, by definition, implies that, if a cell can survive without its nucleus, the nucleus is not the brain of the cell. Even more to the point, there are simply not enough genes to account for the convolution of human life or of human disease; therefore, our genes do not control our biology!

Researchers today are now aware that DNA in the human genome is arranged into twenty-four distinct chromosomes. Each chromosome contains many genes, which are the basic physical and functional units of heredity. Genes now are known to be specific sequences of bases that encode instructions on how to make proteins, which play a far more important role.

Suddenly genes appear to be far less significant, comprising about only 2 percent of the human genome; in other words, it is the proteins—the large, complex molecules made up of smaller subunits called amino acids—that perform most life functions and even make up the majority of cellular structures. The constellation of all proteins in a cell is called its proteome. Unlike the relatively unchanging genome, the dynamic proteome changes from minute to minute in response to tens of thousands of intracellular and extracellular environmental signals.

So, in simple terms, what does that mean for cancer patients and their immediate families? The apparently false assumption that genes control our destinies has led us to believe, especially where health is concerned, that we are “victims” of our own inherited genes, and that we are born with a genetic patrimony that rules and dictates our destiny even before birth, totally disempowering us and excluding any responsibility we may have regarding our state of health and personal power. For anyone who has encountered cancer, either directly or indirectly, this new genetic discovery is not only important, it is essential because, for offspring, it can lead to more concrete answers to the previous question: Is myeloma, or any cancer for that fact, hereditary? 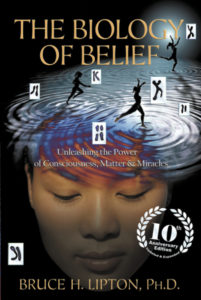 An author worth investigating is the leading expert of the new genetic paradigm, stem cell biologist, Bruce Lipton, PhD, bestselling author of The Biology of Belief: Unleashing the Power of Consciousness, Matter & Miracles. Lipton began his scientific career as a cell biologist researching muscular dystrophy in studies that employed cloned human stem cells. His research focused on the molecular mechanisms controlling cell behavior. In 1982, as he explored the principles of quantum physics and how they might be integrated into his understanding of the cell’s information processing systems, his breakthrough studies on the cell membrane revealed a fact that most scientists had disregarded after Watson and Crick’s revelation of DNA’s genetic code—the exact location of the cell’s “brain.”

The outer layer (membrane) of the human cell works like a highly sensitive organic homologue of a computer chip, a sensory network that functions as the cell’s brain. This challenges the previously assumed theory of a nucleus brain that controls our genes, a scientific hypothesis that has become a convenient scapegoat, a common misconception among the general public, which condemns genetic heritage as the malefactor of bad health. In his book, Lipton states that single-gene disorders affect less than 2 percent of the population, whereas diseases such as diabetes, heart disease, and cancer

are not the result of a single gene, but of complex interactions among multiple genes and environmental factors.” (Lipton 2008, 21)

Lipton’s research puts the spotlight on both external data (personal reality) and internal data (endocrine, immune, and nervous systems), a combination of mental, emotional, physical, and spiritual circumstances that send particular signals to the membrane (cell brain), which is then transmitted to the genes. This could possibly offer an explanation as to why certain environmental surroundings in specific individuals differentiate these individuals with regard major health degradation from others living in the same or similar environmental conditions. This could explain why some patients respond positively to therapy where others do not.

So what about all those sensational headlines announcing the discovery of yet another gene responsible for disrupting our lives? Lipton puts it down to media distortion:

Read those articles closely and you’ll see that behind the breathless headline is a more sober truth. Scientists have linked lots of genes to lots of different diseases and traits, but scientists have rarely found that one gene causes a trait or a disease.” (Lipton 2008, 21)

In that case, it appears the general public has received confusing information and a distinct distortion concerning the significance of two words: correlation and causation, which, Lipton emphasizes, indicate the difference between being linked to a disease, or being the actual cause of it, “which implies a directing controlling action.” He comments:

Specific genes are correlated with an organism’s behavior and characteristics. But these genes are not activated until something triers them.” (Lipton 2008, 21)

This astounding and revolutionary scientific information, needless to say, has not received any sensational media coverage and has been available since 1990—before the termination of The Human Genome Project. In a medical paper entitled “Metaphors and the Roles of Genes and Development,” H. F. Nijhout argues that genetic control has become a conditioning of our modern society and summarizes the new genetic paradigm. He writes:

When a gene product is needed, a signal from its environment, not an emergent property of the gene itself, activates expression of that gene” (Nijhout 1990,21-22).

Biological behavior and gene activity, therefore, are linked to data received from external and internal environmental sources, a process that I will explore in the next chapter. This information is downloaded directly to the nucleus through what Lipton calls the “magical membrane,” which acts as a memory disk, a sort of hard drive containing the DNA programs that encode the production of proteins. Lipton’s writes:

Genes are simply molecular blueprints used in the construction of cells, tissues, and organs. The environment serves as a ‘contractor’ who reads and engages those genetic blueprints and is ultimately responsible for the character of the cell’s life. It is the single cell’s awareness of the environment, not its genes, that sets into motion the mechanisms of life.” (Lipton 2008, Xììì 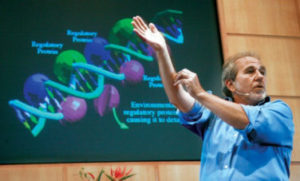 This important discovery led to his research at Stanford University’s School of Medicine. Between 1987 and 1992 Lipton’s discoveries began to challenge the established scientific view, which regretfully still propagates to the general public—the theory that life is controlled by genes. One of today’s most important fields of research is the new science of epigenetics, which literally means “control above the gene.”  It is a discipline that studies how external environmental signals select, modify, and regulate internal gene activity.

Life happens. Certain events cause genes to be expressed or silenced; in other words, they can be triggered or become dormant depending upon the relationship we have with our bodies and their natural cycles, what we eat, where we live, the quality of our interactions with others and ourselves, our ability to deal with emotional stress, and the depth of our spiritual connection to life. Lipton’s research proves that genes reflect our potential, not our destiny. As one of the leading voices of this new biology today, Lipton is an internationally recognized leader in the uniting of science and spirituality. His innovative scientific approach and his deepened understanding of cell biology highlight a new paradigm, a universal connection we are only just beginning to understand and embrace—the quantum, holistic approach.

Text from ” The Holistic Approach To Redefining Cancer” Balboa press 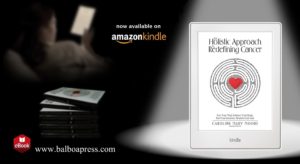