Total recovery and self-healing from cancer is probably more frequent that we imagine, but because studies and statistics are based on a patient’s experience that conforms to hospital questionnaires relating to pain management, depression, disease symptoms, side effects of treatment, body image, and future perspectives, patients that have self-healed from cancer risk being disregarded as ineligible for research.

Statistics, regarding self-healing, could be monitored and studied through creating a database, which in time could sway public and medical opinion toward applying the holistic approach together with therapy;  not to mention reinforcing  a preventative method, because ‘prevention is  always better than cure’. 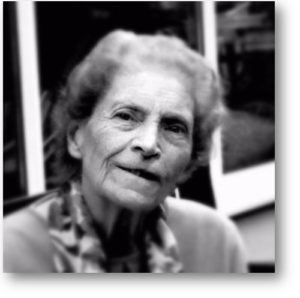 In 2005 my mother, at the age of seventy-three, was diagnosed with bone cancer—an advanced stage of IgG kappa myeloma. Myeloma is a cancer of the bone marrow, which to quote the doctor, had to be “blasted” as soon as possible.

Taking into consideration her age and her heart condition, the hospital staff informed our family that the response to treatment would be fifty-fifty and that ten years previously, with only chemotherapy as a means of therapy, her case would not have ended favorably.

At the time of my mother’s diagnosis, the initial therapy for multiple myeloma patients who were unsuitable for autologous transplantation was a new drug combination called CTDa, a concoction of three tablets or capsules to be taken at home: cyclophosphamide chemotherapy; thalidomide, a treated therapy drug; and dexamethasone, a steroid.

After my mother took two twenty-one-day cycles of CTDa at home, the treatment had to be suspended due to an intolerance that manifested as steroid-induced diabetes and diabetic coma. Her remaining cycles of treatment were administrated during monitored periods in hospital with a more traditional drug combination: melphalan chemotherapy, prednisolons, and  steroids, with the addition of thalidomide, the last of which she took at home for a year along with a three-hour weekly drip of pamidronate to strengthen the bones.

Unlike many cancers, myeloma does not exist as a lump or tumor. It can affect multiple places in the body, which in my mother’s case, developed and manifested as five fractures along the spine, creating a sponge-like quality to the affected vertebra. For those unfamiliar with the medical term, myeloma is a cancer that arises from plasma cells, a type of white blood cell that is produced in the bone marrow. In a myeloma patient, these plasma cells become abnormal and start to multiply uncontrollably, causing  symtoms and/or complications that need to be treated, followed by periods of remission or plateau. In simple terms, it is an incurable, reoccurring cancer for which remission permits only a prolonging of the patient’s life.

According to cancer research, life span, along with the patient’s quality of life, has improved considerably since my mother’s diagnosis in 2005.

Medical advances are said to be relevant to the odds of survival because, according to the statistics, myeloma returns periodically. For this reason, the younger and fitter people are more likely to be able to withstand recurring treatments. Nevertheless, recent studies are demonstrating that, with the latest drug combinations, even in older patients, repetitive therapy can control myeloma for up to fifteen years.

That is great news! So what do the statics report regarding patients who have never relapsed after being diagnosed and initially treated for myeloma, an illness defined by doctors as a chronic disease that can only be controlled although not cured with drugs?

Absolutely nothing! So are there other patients similar to my mother? She is in a constant remission plateau now into her twelfth year without the aid of reoccurring cycles of treatment to control the disease. Unfortunately, the statistics do not include cases of her kind. Initially, my mother was invited to participate in the MRC Myeloma IV Study, Clinical Trial Research Unit at the University of Leeds, which monitors “the quality of life of patients with multiple myeloma” with a twenty-item questionnaire that covers disease symptoms, side-effects, body images, pain management, and future perspective. But she became ineligible as a candidate because, after initial treatment, the myeloma was “untraceable.” Consequently, most of the questions were irrelevant to her standard of health.

Regarding the research mentioned previously carried out in 1987 to 2010 at the MD Anderson Cancer Center, if we parallel my mother’s case, some interesting observations emerge that are definitely worth investigating:

Physical condition, age, and pharmaceutical administration apparently equip a patient with a higher chance of survival, but today it is basically accepted by most doctors that every patient’s experience of cancer is individual and subjective. When asking her oncologist how it was possible for a patient of her age and medical history to be well into her twelfth year of remission without ever relapsing, her doctor’s answer was, “Well, Kay, you’re very lucky!”

As wonderful as that sounds, it does seem to imply that to avoid relapse, “luck” is a vital component, which as far as we know, has yet to be bottled or compressed into a pill!

What mysterious ingredient, then, can aid in the survival, recovery, or even self-healing from cancer?

Is luck really a fundamental element, or can we find a more profound connection that permits certain patients to respond to traditional therapy positively in comparison to others?

My mother’s case is an optimistic and motivating example of how a high-risk patient, at the age of seventy-three, received a massive dose of what up to now has been referred to as sheer luck along with traditional, rather than superior drug therapy for IgG kappa myeloma.

I felt her story should be shared, so I decided to investigate her exeptional case of Self- Healing from an incurable cancer. Looking into her past as a child in London during World War II, certain events emerged that may have distorted her perception concerning vulnerability, life, death, and survival of the physical body, possibly influencing her biological chemistry and gene activity, which later on in life developed into a life-threatening illness that challenged those very same distorted perceptions during the months of illness, treatment, and recovery.

The result of my research became a book soon to be publised. The Holistic Approach to Redefining Cancer is not a pitch to convince anyone to reject traditional therapy in favor of alternative medicine, that is a personal choice; rather it is an invitation to free our minds, embrace our bodies, feel our emotions, and nourish our souls during therapy for cancer.

As my mother’s daughter, and a registered holistic counselor practicing in Italy, after examining her account from a multidimensional point of view, I have revealed and clarified the mysterious ingredient called luck throughout the book, proving without doubt that when different levels of human consciousness collaborate together, they potentially become a driving force powerful enough to transform an experience of life-threatening illness into a profound self-healing of the mind, body, and soul.