Romancing the Shadow is a step towards acquiring holistic awareness, a process that does not promise the coming of a “New Age” but the return to our true nature and to what is natural and whole.

However, in order to become whole once again, we are required to bring home those fragmented pieces of ourselves, aspects we have tried to avoid by pretending they do not exist. But as Carl Gustav Jung, the Swiss psychoanalyst, who founded analytical psychology noted:

How can I be sustained if I do not cast a shadow? I must have a dark side also if I am to be whole.”

Unlike the limited ego, which is familiar only with its own contents and not with the vast, unchartered, mysterious dimension of the unconscious, the shadow is far more powerful and creative when integrated. Becoming adept at understanding the complicated dimensions of the mind is really not necessary.

With a helping hand from the metaphysical heart, the whole process is simplified just by acknowledging, without judgment, whatever arises without giving too much mental attention to when, why, who, and how, because delving into the mind’s vast, mysterious, and infinite unconsciousness is far too complicated, and can risk becoming a convenient mental strategy that distracts us from being present to what is, and how that makes us feel in the moment.

Being in present mode in the metaphysical heart center, together with our shadow, is imperative for the survival and well-being of the whole. In other words, our challenge is reuniting consciously and responsibly with it, integrating the separations; otherwise, we risk being caught up in the dilemma of becoming powerless victims of ourselves!

Don’t be deceived by the Moralistic Mirror

When we observe small children, we find it obvious that they are totally devoid and incapable of any form of moralism or racism; comparison, to a child, arises simply out of curiosity. It is interesting to note that, contrary to human nature, Mother Nature is totally devoid of any comparison or judgment. In her realm, the functional and dysfunctional coexist very comfortably, and with infinite wisdom, Nature auto regulates every imbalance without condemnation; consequently, there is no right or wrong, good or bad. There are only manifestations of what is, here and now in the present.

The idea of a daisy feeling inferior to a rose is ridiculous. Mental comparison is an ego-oriented trait, an illusion that separates us from the moment and, therefore, from life itself. In a world full of opposing extremes that find balance, we, however, continue to exist in separation, engaged in the eternal conflict between attraction and repulsion, which are the foundations of emotional turmoil and potential disease.

Without balance, there are no victors. War is perpetually waged between opposing adversaries, maintained in a permanent state of comparison and judgment, which will always sustain a verdict of supremacy for the victors and subordination for the defeated. Without victory there is no defeat and vice versa. As such, they are inseparable; consequently, conflict is infinitely propagated!

Our aim is to create a state of balance in which self-healing can occur. To do this, we must become more aware of the implications comparison and judgments have upon our emotional health. Refraining from any form of moral judgment is not easy; comparison is inevitable, especially when others behave in ways we consider bad or incorrect. Since the behavior of others is in conflict with the contents of our ego, influenced since early childhood by those we regarded as role models, when our principles clash with others, suspending judgment does not exonerate who is irresponsible, hurtful, or unfair. That is their responsibility.

On the other hand, we need to note and acknowledge the emotional reaction others’ behavior incites within us and embrace it and let it go!

From a self-healing perspective, all parts of our system, without exclusion, serve as a means to mature and grow if they are acknowledged and considered worthy of inclusion; otherwise, they are judged, disregarded, or brushed aside as non-collaborative imperfections, or worse still, they are ignored, repressed, or projected.

Considering the shadow, as Jung proposed, as the creative aspect of human nature, means establishing and acknowledging its service to our own physical and emotional self-acceptance and spiritual maturity. As a beneficial instrument rather than a negative impediment, this new perspective can ignite a creative process of self-healing, a result that reflects the law of attraction, repulsion and balance perfectly because fighting negative with negative is counterproductive:

When the negative shadow is considered, a negative impediment = Repulsion

When the negative shadow is considered, a positive instrument of growth = Balance

The shadow has only one desire: to be romanced and accepted. But only the metaphysical heart center is able to accommodate it. This is true especially during a dispute. Moral judgment recognizes only “saints” and “sinners,” but the metaphysical heart center knows no disparity. Tolerant of even the most aggressive opponent, its answer will always be the same: “Let’s just agree to disagree!”

This does not mean the heart ignores our transgressions, submits to bullying or sugar coats bitter pills for the sake of niceties. Acknowledgment of the shadow through the metaphysical heart is not a form of piousness or respectability; it is about being authentic and having the courage to be genuine. Whether we are consciously aware or not, without exception, the shadow exists within us all.

The aim here is not to point fingers or feel inferior. Our primary objective is one of authenticity, simplicity, and practicality, and for that reason, whatever arises, in whatever form or dimension, is a question to be “laid at the feet” of the master within, our metaphysical heart. So just remember, keep it simple and acknowledge honestly what is … whatever it is … as it is.

And remember. It’s OK not to be OK. Nobodies perfect. Just relax and breath. 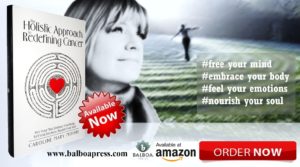