Are You Ready for 2019’s Trinitarian Energy and What It Implies?

This is the year in which we could experience something truly grandiose, a leap forward, not just a shift from the head to the heart, but a manifestation of what the heart and the fourth dimension actually represents; unity—a result of “individuation”, or rather, the inclusion and integration of the inferior mind (ego) together with the Self.

(Represented by a circle with a point in the middle ʘ, the Self represents the whole that incorporates the point in the center, while the ego is only the small point contained within the whole; unaware of the presence of the circle or Self that contains it).

For those of us available to 2019’s Trinitarian energy, this particular year could become important for manifesting what, up until now, has been internalized, blocked, denied, repressed or hidden from others (auto sabotage).

Perhaps we are not fully aware, but the power of the number three is everywhere, it is the threefold nature of the world manifested as: heaven, earth, waters; body, soul, spirit; birth, life, death; beginning, middle, end. The number three can also be found expressed in the following:

The Pythagoreans considered the number three to be the first true number; therefore, its roots derive from the meaning of multiplicity. It is the first number that forms a geometric figure and it is for this reason the triangle was considered a manifestation of harmony, wisdom and understanding.

It is a number that represents an energetic advancement in human consciousness because it weakens the power of the minds radical duality.

Literally meaning “everything”, three represents a complete circle unto itself; and underlines the challenge that humanity faces today—which is becoming more aware of how authentic balance, something that escapes us, is concealed within three digits (paradoxically an odd number).

Consciously, substituting any illusion we may have concerning accomplishing a sense of balance through even numbers, because they can be divided in two, we begin to recognize how the minds oscillating, dualistic, restriction that swings between the past and the unforeseen future (even number 2), excludes or rather ignores the third and fundamental element that completes the supremacy of the triad; the present, here, now.

The numerological sum of 2019 is the number twelve (2 + 0 + 1 + 9 = 12) a number that reflects our emotional sphere, the second dimension of consciousness with its qualities of renewal and regeneration, where one (single) becomes two (couple), and two become one (conception) with the end result replicating the triad; Father, Mother and Child—the three intertwined circles or triangles that represent the indissoluble unity of the trinity, that encompasses the development of emotional intelligence and the healing of the third component of the triad; the inner child.

The sum of twelve 1+2 = 3 resonates with the second subtle light body (emotional/astral) which remains connected to the physical body for three days after death. There is scientific evidence that the brain, even when all other systems are failing, takes three days to record complete shutdown.

The implication of this number is unification, rather than the habitual dualistic separation we are accustomed to, consequently, living in a third dimensional reality, becoming conscious of the number three, increases our ability to “ground” harmonious energy which then leads to the manifestion of our own individual, creative expression in the physical realm.

Through the number three “individuation” is magically born, an essential human quality that opens the door to a sacred space, the intimate chamber hidden within the heart itself in which all the secrets of the Self reside.

And it is precisely here that we encounter the much anticipated, fourth dimension with its simplicity, unity, peace, love and hope for a better life, a new dimension which appears to be elusive, if not impossible to reach.

The fourth dimension only becomes perceivable and manifest in our reality when we awaken, what in Hindu is called “Ananda-Khanda”, the secret chamber of the heart or Chakra of the Eighth Ray, sometimes know as the 4 1/2 chakra, the heart within the heart which means “root of bliss”.

When we are aware and connected to the expression of the self, creativity, freedom and intelligence linked to our emotions (emotional intelligence) brings us once again to the number three, that is, the sacred flame of the heart, called the triple flame; our connection with the source.

The color of this chakra is golden pink or turquoise (Aura-Soma system). The qualities that flow are: authentic communication from the heart, bliss, enlightened awareness, laser discernment and conscious breathing.

Turquoise characterizes the era of the Microchip. Also the color that represents the Age of Aquarius and the legendary submerged continent of Atlantis with its lost and rediscovered technology. Due to the opening of the Ananda Khanda center we are able to express our individual talents linked to new technologies that allow instant worldwide communication (connection without the limit of time and space), but perhaps the most important quality of the Ananda Khanda (color Turquoise) is universal brotherhood, a quality we struggle to attain, because we are still fear orientated and attached to expressing moralistic judgment.

2019 is dedicated to the number three, and to our understanding that this 3 digit, odd number, not divisible by two, is a paradox, an enigma that in fact, represents authentic balance. A complete circle unto itself, three reflets our ability to “Self-parent” embracing and healing the inner child that has been hurt and isolated. Bringing the child back into the loving embrace of the sacred couple  (our opposite gender energies within), once again the Triad is fromed, giving birth to individuation. 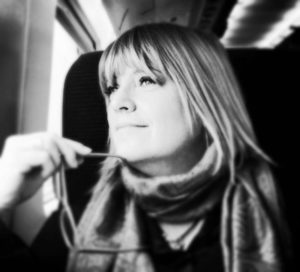