Travelling Light: Let Go of Your Baggage and Be Essential 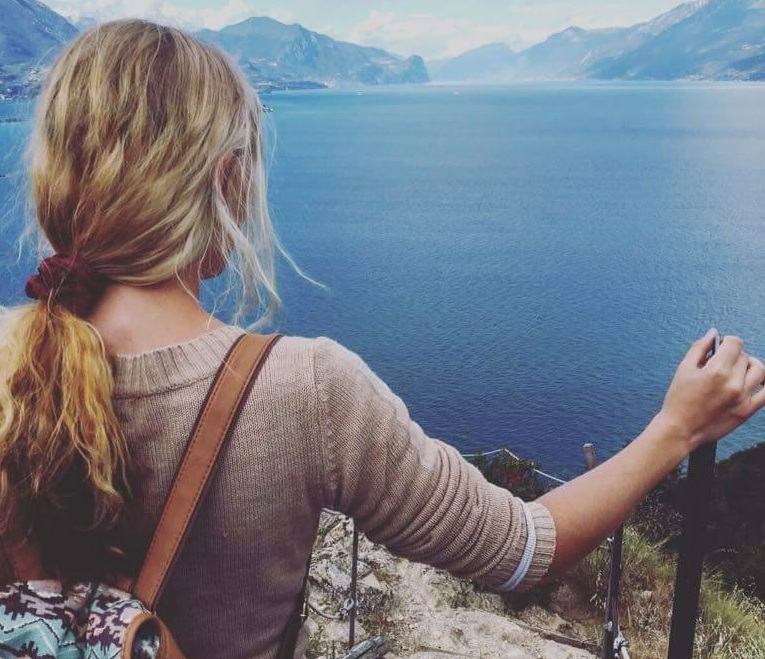 I always thought it would be fun to travel without luggage to London, Paris or New York for a weekend, and then buy a suitcase on arrival and fill it with a new wardrobe, purchased during the end of season sales.

I never fulfilled that desire, but in a sense, maybe it is not too late to experiment a journey without baggage except for the essentials.

We are currently experiencing a global event which can be compared to a void, point zero, reset or various other terminologies. Whichever expression we prefer is irrelevant, what counts is the immense creative power this moment can endow us if we take the opportunity to embrace it.

When this surreal moment of suspension is finally over, travelling light, metaphorically speaking, means stepping of the plane into a New World, a more creative life that expands awareness; flowing in harmony more with the spirit (being, feeling, celebrating life), instead of limiting ourselves with the usual desires and illusions of the ego (having more and more, appearances, material comforts, fear of death).

There is only one condition for the preparation of this journey; let go of your baggage and be essential

For many people, this process has been going on for the last two or three years. Personally speaking my whole world fell apart, every security, comfort blanket, anchor and life jacket was blown away in an instant, and the most pressing need since then has been very simple and basic—grounding in the body in order to survive the emotional tsunami.

The ‘Critical Mass’, seen as a singular event of which we are all hoping will happen very soon, may possibly be in force already.

Our spiritual evolution is a process not an event. We could possibly have already experienced a series of smaller cycles and waves of the critical mass, which grows every time a certain quantity of people experiences, as a collective group, an expansion in consciousness; which then compels the masses to be subjected to the same experience in percentages that get larger as the cycles expand.

If an event like the corona virus has forced populations around the world to lose all sense of time, security and the inability to predict the near future (a test that many spiritual researchers have already faced in the past two or three years) then maybe we can assume that the percentage of conscious humans is now large enough to affect humanity on a global scale?

Of course this does not mean the critical mass has reached the point of no return, where all humanity makes the quantum leap of consciousness, but it does seem to imply that humanity is rapidly “connecting as One” and is growing in awareness at the point in which this could happen much faster than we think.

If that is the case, now it is imperative we discard our bulging suitcases leaving behind the usual contents that accompany us wherever we go. Of course it will not be easy to let go of what we don’t really need, because usually it’s full of what we identify with:  material  objects and comforts, our ideals, mental concepts, masks, wounds and the strategies we have used to survive in life so far.

So the question is: Are we willing to empty our suitcases and leave its contents behind?

With so much time available, reading is a pastime that if we pay particular attention to, can aid us in lightening our load. Concentrating more on the blank space in which the written words are suspended, the expansion of space (heart) amplifies the vibration and resonance of what we are reading and how that makes us feel.

So much is still resonating with separation, However, the  dualistic swing, constantly oscillating in opposition, will always be unable to find balance, that is not a defect to be rectified that is how dualism functions!

We need to move our attention away from the mesmerizing pendulum and become consciously aware of the pivot, ever present, suspended, immobile that falls exactly in the middle where two becomes one—balance

The paradox of many individuals coming together is now supreme: genders, races, opposing energies, are equally unified as one.

One precious Life, manifested as One Heartbeat, in One Race—The Human Race.

The process of emptying our overflowing suitcases requires this change of perspective but attention.

It is not the exclusion of dualism or its replacement with unity that is the challenge, but the inclusion and forging of both dimensions into one.

Merging what was previously separated into one is comparable to the conception of the first cell—a potential manifestation of life, which now becomes the potential re-birth of human consciousness!

The impending challenge now is a paradox where very individual (1) is required to take personal responsibility for becoming self-sovereign: physically, emotionally, mentally and spiritually in order to unite humanity as One!

Will that happen now?

No one knows, but one thing is certain we are at the beginning of a new phase of our evolution, and although we are on this earth in seven billion people walking on different paths, at different levels of consciousness, seemingly separate from each other—those of us willing to discard our suitcases and take a step into the unknown future with only the essentials, it is clear that no one can be left behind, because the spiritual evolution of which we are all holistically connected is ONE.